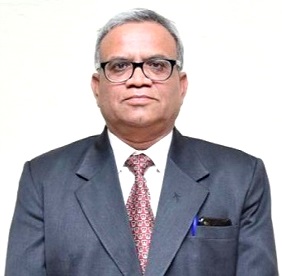 Professor (Dr.) Lalit Prakash Pateriya (b.1963) is a thorough academician, educational administrator and institution builder and above all a management expert par excellence. His academic journey of more than 32 years began in the year 1988, when he joined as an Academic Associate in the Department of Business Administration, Bundelkhand University, Jhansi (Uttar Pradesh). Later, in the Year 1989 he joined the Department of Management Studies, Guru Ghasidas Vishwavidyalaya (now a Central University), Bilaspur, Chhattisgarh (then Madhya Pradesh) as Lecturer and successively promoted as Lecturer (Senior Scale), Reader, Associate Professor and Professor. He is a Post Graduate in Mathematics, Post Graduate in Business Administration, Graduate in Law and Doctorate in Business Administration. He has also successfully completed Advance Course on Tourism Education in Universities. ...

Professor Pateriya has been an active researcher in the field of Management. He has contributed more than 27 Research Articles/Papers in reputed journals and edited books. He had actively participated in more than 40 National and International Conferences/Seminars. He had also contributed in relevant areas as resource person in academic and learned gatherings in many organizations/Institutions. He is a member of Editorial Board of three prominent journals in Management. He also coordinated UGC Refresher Courses in Economics and Business Studies. As a recognized Research Supervisor in Business Administration and Commerce of Guru Ghasidas Vishwavidyalaya, Bilaspur and Pt. Sundarlal Sharma (Open) University, Bilaspur, Professor Pateriya has successfully guided 13 students for their Doctoral Research work. He has also guided more than 200 students of Master of Business Administration, PG Diploma in Marketing Management, PG Diploma in Tourism and Travel Management and BBA Programmes for their project work. He has been appointed as PhD Thesis Examiner by more than 18 Universities across India including IIM.

Besides a successful Teacher and Researcher, Professor Pateriya has served different Universities as Chairman/Member of different Committees, like Research Degree Committee, Board of Studies, Selection Committee for teaching and non-teaching posts, Internal Quality Assurance Cell, Governing Bodies of Colleges, College Development Council, Affiliation Committee, Library Committee, Academic Planning and Evaluation Board, Pay Fixation Committee, Admission Committee, Counseling Committee, Building Committee, Finance Committee etc.. He was a member of Board of Studies in Management, Guru Ghasidas Vishwavidyalaya for more than 23 years. He was also Head of the Department of Management Studies and Department of Commerce and Dean of School of Studies in Management & Commerce. Professor Pateriya was also nominated by the Hon’ble Governor of Chhattisgarh as a member of the Executive Council of Pt. Sundarlal Sharma (Open) University, Bilaspur for two consecutive terms from 2009 to 2015. He was also nominated by the Government of India as a member of the Academic Council of Guru Ghasidas Vishwavidyalaya. He has also acted as a nominated member of Academic Council and Executive Council of Guru Ghasidas Vishwavidyalaya, Bilaspur. Professor Pateriya is now a nominated member of the Academic Council of Pt. Sundarlal Sharma (Open) University, Bilaspur.

Besides, being an Academician and Educational Administrator, Professor Pateriya is also associated with many Learned Bodies. He is a life member of Indian Institute of Public Administration, New Delhi, member of All India Management Association, New Delhi, senior member of Operational Research Society of India, Kolkata and founder member of Chhattisgarh Economic Association Raipur. He was also an honorary advisor to the Centre for Labour Education and Social Research, New Delhi for providing consultancy services. He has also visited International Centre for Theoretical Physics, Trieste (Italy) under an UNESCO scheme for Interaction on Industrial Mathematics during October, 1992. Currently, from 25th November, 2020, Professor Pateriya is engaged in establishing newly created State University, Shaheed Nandkumar Patel Vishwavidyalaya, Raigarh (Chhattisgarh) as its first Vice Chancellor (Kulapati) after being appointed by Hon’ble Governor of Chhattisgarh and Kuladhipati of the University.


Powers and duties of Kulapati.